Sadly we have had to cease swimming at Harthill until the planned works are completed on the dam wall. It's expected that we could be closed for 12 months. We will update any changes in status as we receive them.

Become a member to get the latest information

Splashing about in the Reservoir

Pool training is all well and good, especially when you live in the North of England but shockingly most Olympic distance and up races don’t take place in a pool. They’re open water based and in affront to common sense, they aren’t willing to put pool sides to kick off from every 25 or 50 metres. So although my pool training was going well, I realised I needed some proper time in water where I can’t see the bottom.  So how and where do I go about doing that? After a quick google I knew exactly where.

Roll on the 16th of April, when I joined  Yorkshire Outdoor Swimmers (YOS). YOS run swimming sessions at Harthill Reservoir on Tuesdays from 6pm till 8pm and Saturdays from 2pm till 4pm. From what I gather this is year round, even in December.

So I pootled off to Harthill reservoir on a Saturday afternoon with the sky overcast and some trepidation in my step. Pulling up to the reservoir, I could see The Rotherham Sailing Clubhouse, where YOS have the use of their facilities. Signing up at the bar, for the tidy sum of £10, I became a member and got my first swim for free.(After that its £3 a pop, a bargain). I bought myself a YOS Swimcap, as in my excitement I’d forgot to pack my own and they need to see your heading bobbing alon, in case it stops bobbing.

There are two courses on the reservoir, a short course in the middle of the lake of 250 metres and a larger one round the edge of 750m. (Although I did hear a rumour that at times it goes to 800, if the buoys drift.). I started on the short course , to show the spotters I could cope and away I went. It was reassuring to see the bright orange safety boat out and I had no worries about my general wellbeing, as it’s well run.

Since then I’ve been most Tuesdays, which has cut into my Improv time with our comedy Troupe, KIT, so you know I’m serious about this swimming and most Saturdays too. I did skip a Saturday to go on Holiday and a Tuesday where it was snowing.

I’ve found it brilliant. Its a lovely spot,great facilities and the club members are really friendly and helpful. So far I haven’t got too much of a chance to sit and chat, as I’m always racing off to whatever I’m doing next but hopefully soon. The club seems a great mix of ages, abilities and reasons for being there. Some other folk are triathletes too, some just love swimming outdoors. Whatever you’re looking for I Harthilly recommend joining up. (See what I did there?Harthilly – Heartily- The reservoir is called Harthill.)

How’s the swimming gone though? Well, after finding the wetsuit really odd to start, with my legs floating up rather than dangling like wet spaghetti, I’ve begun getting into a flow. I still find my front crawl breathing needs work and my sighting towards buoys is a bit wonky but its all definitely coming along.  In fact yesterday in preparation for Sunday’s Swashbuckler, I decided I’d do the distance. I used my own mix of frontcrawl and breast and did 8 laps of the 250 metre course. I clocked in at about 45 minutes, which for 2k I was chuffed with. I rewarded myself with a Snickers from the Clubhouse (50p, a bargain too) and felt a lot better about Sunday. However, pride does come before a fall.

P.S I really wanted a version of the iconic Reservoir Dogs poster, where they were wearing wetsuits for the header but the best I could find when searching for reservoir dogs in wetsuits was this: 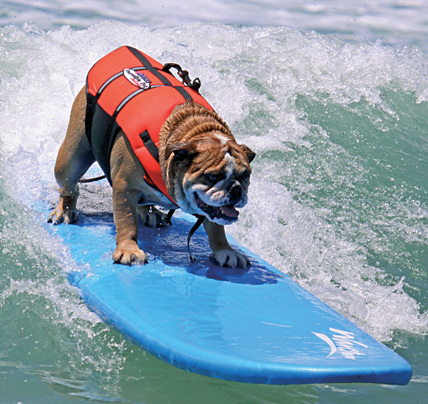 Thanks to YOS Member Rhys Howell for giving permission for this post to be republished.
Original Blog Post is here: http://tinpotironmen.blogspot.co.uk/2016/05/splashing-about-in-reservoir.html